Jackieats How Do You Say Llaollao? A Frozen Yogurt in Glorietta, Makati
March 3, 2017 Jackie Montoya 0Comment

Llao llao, a frozen yogurt delight that has recently reached  Philippines, and it’s already making everyone so curious.
The first thing that came to my mind was how do you read or pronounce this? If you’re a filipino you could relate to me.
Apparently, it wasn’t what you are thinking it was. Of course I consulted Mr. Google about it and I found out that it originated from Spain. So it was a spanish word, but there was no meaning behind it rather than a frozen yoghurt itself.
It was pronouced as Yaw yaw and not lawlaw as your first guess, well we were the same. So don’t feel shy about it. Now you know the drill, spread the word. 😉

My friend and I decided to get the most complete choice they call it Sanum (P199) which has Llaollao’s frozen yogurt, your choice of 3 fruits, 2 crunches and a choice of your preferred sauce.
We decided to choose Kiwi, Strawberry, and Banana for the fruit choices. Something nutty and crushed oreo for our crunch choice and a hazelnutty sauce.
Apparently, the server had unawarely put a different sauce which was dark chocolate instead of the hazelnut one so she, surprised of what she did ask us to consider instead of making another one, and we said yes but she must still put in the sauce that we chose and she obliged to. So we’ve got unexpectedly 2 sauces on ours.
I think they were just short for the variety of crunch options there were not nuts available like almonds, walnuts, cashew or even granolas, I hope they would add those as it is good for those who want to stay on the healthy side instead of just offering graham crumbs, crushed oreo, choco bits.About the yogurt..
It’s good and tarty complimented with fruits and crunch and the sweet sauces that was added. The serving can be good for two.
Just that I was wondering what their edge was over others or I mean I found nothing special in it when compared to the other yogurt competitors. Enlighten me with this please?

It is nice to see that frozen yogurt is coming back to the food scene since way back 5 or 6 years ago? It was a good and healthy replacement for ice creams.
The place they had in Glorrietta was just small and just good for on-the-go orders or eat-and-go because it is located in the entrance/exit and there were lots of passers-by so its not so much for a cozy atmosphere or a casual talk with your bestie, place-wise.
Ground Floor, Glorietta 2, Glorietta Complex, Makati City
Facebook: https://m.facebook.com/llaollaoPhilippines/
Share on Facebook Share
Share on TwitterTweet
Share on Pinterest Share
Share on LinkedIn Share
Share on Digg Share 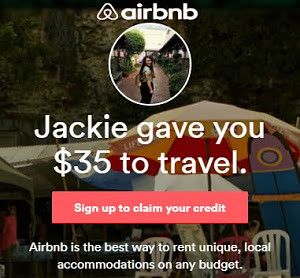 Why I would choose Philippines over Japan December 14, 2020
Life in #Japan | What Happened To Me December 12, 2020
MUST-TRY Snack at Singapore’s Changi Airport! January 12, 2018
Wing it your way at Wingman as Team Aldous celebrates it’s 4th! Bonus: Quiz Nights & Beer Pong! December 9, 2017
#JACKIEWANDERS & #JACKIEATS at House Teamwork and Moderno Food Park in Pampanga October 22, 2017